I’LL BE HOME FOR CHRISTMAS: A SALUTE TO THE MILITARY AND FIRST RESPONDERS

On December 2, 2022, in an EXCLUSIVE concert experience at Verizon Hall at The Kimmel Cultural Campus, The Comcast NBCUniversal Ninth Annual I’ll Be Home for Christmas — A Salute to the Military and First Responders will usher in the holiday season for members of the service community with a night of magical music and generosity of spirit. This very special event also marks the culmination of the Philly POPS 2022 Salute Series. The Philly POPS Salute Series recognizes the service and sacrifice of those dedicated to a collective identity of American values and tradition.

The expenses of the Salute Series and complimentary tickets made available to the Military, Veterans, Police and Fire Departments, along with those distributed to their families, are funded through contributions like yours. $100 will sponsor a servicemember. Any gift helps. Please Help us salute their service and start their holiday season!

Born in North Carolina, David grew up in the Mt. Airy Neighborhood of Philadelphia. At the age of fourteen, he turned his attention to conducting and went on to study with Leonard Bernstein and Nadia Boulanger. He earned degrees from Yale University and the Juilliard School after intensive study of viola, piano, and composition. He has worked with such distinguished artists as Judi Dench, Emma Thompson, Idina Menzel, Heather Headley, Bryn Terfel, Matthew Morrison and Michael Feinstein. Previously, as Guest Conductor and Principal Guest Conductor of The Philly POPS, he conducted Cole Porter’s Broadway: Too Darn Hot, Lenny’s Revolution, Blockbuster Broadway, and A Philly POPS Christmas in 2013, 2014, 2015, and again for the record-setting run of A Philly POPS Christmas in 2019 and the streamed performance in 2020. David has appeared regularly on television, most notably conducting the 10th and 25th Anniversary concerts of Les Misérables. He has conducted five times at London’s BBC Proms, including a live telecast of Rodgers and Hammerstein’s Oklahoma!. Recordings include the musicals Miss Saigon, Martin Guerre and Man of La Mancha, Something’s Gotta Give with baritone Simon Keenleyside, Forever with soprano Diana Damrau, and highlights from La Bohème and Madama Butterfly with the Royal Philharmonic.

In the UK, David recently conducted his own critical edition of Kiss Me, Kate for Opera North. He has conducted many of the premier British orchestras, including the London Symphony, City of Birmingham, Bournemouth, and Royal Philharmonic. His work with the BBC Symphony Orchestra includes a centenary concert honoring his mentor Leonard Bernstein in 2018. A much-respected artist in London’s West End, David conducted the Olivier Awards ceremony for four years and was Andrew Lloyd Webber’s personal choice to lead the world premiere of Love Never Dies at the Adelphi Theatre. David’s recent projects have included a series of Gershwin concerts at Kyiv National Theatre of Operetta in Ukraine, Carousel at the Vienna Volksoper and Sweeney Todd at the Zurich Opera House. David also conducted Barrie Kosky’s production of The Magic Flute at Opera Philadelphia, West Side Story at the Glimmerglass Festival, and Silent Night, Kevin Puts’ acclaimed opera about the World War I Christmas Truce, in Kansas City, Cincinnati and Detroit.

Mandy Gonzalez possesses one of the most powerful and versatile contemporary voices of our time. Mandy starred in the megahit Hamilton as Angelica Schuyler and also originated the role of Nina Rosario in the Tony Award-winning Broadway musical, In The Heights, for which she received a Drama Desk Award. She has starred as Elphaba in the Broadway production of Wicked, blowing the roof off of New York’s Gershwin Theatre each night as she belted out the signature song, “Defying Gravity,”

Mandy received an OBIE Award and overwhelming critical praise for her performance in the Off-Broadway production of Eli’s Comin’, directed by Diane Paulus, and based on the music and lyrics of singer-songwriter Laura Nyro.  Television viewers have the pleasure of seeing Mandy in the recurring role of Lucy Knox on the hit CBS drama, “Madam Secretary.” Mandy also appeared as Agent Susan Combs on the hit series “Quantico,” as well as guest appearances on “Doubt,” “White Collar,” “The Good Wife,” among others.

Equally at home on the big and small screen, she has appeared in “Across the Universe,” directed by Julie Taymor, “After,” starring opposite Pablo Schreiber, and “Man on a Ledge” with Sam Worthington. Mandy can also be heard as the voice of Mei in Disney’s “Mulan 2.”

A frequent concert soloist, Mandy has performed with symphony orchestras around the country including Cleveland Orchestra, Philly Pops, Naples Philharmonic, Fort Worth, Jacksonville, Indianapolis, Baltimore, Arkansas, Anchorage, Edmonton, Ottawa, and Youngstown Symphonies, among many others.  Mandy made her Carnegie Hall debut with the New York Pops in February 2020 and will return to the Philly Pops for the third consecutive year in December 2020.

Mandy released her debut album, FEARLESS, with Warner Music which debuted at #13 on the iTunes charts. Her album – hailed as “a genre-defying, highly-personal, daring, and brilliant debut” (Pop Bytes) – delivers new, original songs from some of the most accomplished writers in the music industry, including Lin-Manuel Miranda, Jennifer Nettles, Bill Sherman, and Tom Kitt.

Jordan Donica most recently starred as Jordan Chase in the CW’s Charmed. He previously guest starred in the award-winning police procedural drama Blue Bloods.  Jordan originated the role of Freddy Eynsford-Hill in the 2018 Tony nominated Lincoln Center Theater production of My Fair Lady, and also starred as Marquis de Lafayette and Thomas Jefferson in the first Los Angeles and San Francisco companies of Hamilton.  A native of Indianapolis, Indiana, Jordan made his debut starring as the leading man, Raoul, Vicomte de Chagny, in the historic Broadway production of The Phantom of the Opera, and played Rapunzel’s Prince in Into the Woods at Encores!.

In addition to his theater and TV work, Jordan was featured at the Washington National Opera gala at The Kennedy Center, the Pasadena Symphony, and the Indianapolis Symphony Orchestra.  He also starred as Sir Lancelot in Lincoln Center Theater’s gala production of Camelot, opposite Lin Manuel Miranda.

Jordan is a 2016 graduate of Otterbein University, where he graduated with a BFA in Musical Theatre Cum Laude. Regional Credits include: Jesus in Jesus Christ Superstar (Weathervane Playhouse), Ensemble in South Pacific (Utah Shakespeare Festival), Featured Performer in The Greenshow (USF), Captain/Hennessy in Dames at Sea (Otterbein Summer Theatre), and Romeo in Romeo and Juliet (Noblesville Shakespeare in the Park, Indianapolis Mitty Most Impressive Actor award 2013).  Jordan’s Film credits include Coda: An Independent Film by Abe Purvis. Jordan also directed the 2015 Festival Play, Little Prints, a new student work by playwright Anna Mulhall, as well as a gala performance of “Exonerated” at Northwestern University for the Center on Wrongful Convictions, featuring Harry Lennix and Katrina Lenk. He was featured at the American Songbook Hall of Fame celebration at the invitation of Michael Feinstein.  An ambassador for The Innocence Project, family is everything to Jordan, because without the “little village” of women who raised him, he would not be where he is today. “Every day is a gift.”

Philadelphia Boys Choir & Chorale develops a varied repertoire every year. This repertoire is the basis for all performances of the Choir in a season, including the annual tour. It is a combination of classical, traditional, popular, and patriotic songs, focusing on American composers.

Established in the 1960s, Emmy-winning and Grammy-nominated Philadelphia Boys Choir & Chorale has toured the world, recorded with internationally renowned orchestras and soloists such as Luciano Pavarotti, appeared on national and international television, and received praise from critics and audiences worldwide.

The STGC shares their music ministry at over 100 services, programs, concerts, and celebrations of all kinds every year. In 2013, STGC was named “The Best Regional Choir” in Verizon’s Music Competition, How Sweet The Sound, and the choir performed to a sold-out audience at Radio City Music Hall in New York City. In 2015, the STGC won “Traditional CD of the Year” and Walt Blocker won “Producer of the Year” at the The Rhythm of Gospel Music Awards held in Memphis. Locally and nationally, the STGC has received numerous awards and recognition, including the PHL LIVE Center Stage competition for “Best in Gospel Music” for which the choir was recognized by the Philadelphia City Council.

The STGC regularly performs several genres of music including gospel, classical, Motown, pop favorites, and classics such as Stevie Wonder, U2, Gladys Knight, and Elton John, and joined the POPS in 2020 for its tribute to Aretha Franklin.

The Philly POPS Festival Chorus is a ensemble that performs with The Philly POPS under the direction of Jeff Kern, who served as Head of the Vocal Division for University of the Arts for 20 years. The Philly POPS Festival Chorus began performing in 2002 and performs with the POPS orchestra during the annual Christmas concert series and Broadway series. The chorus has performed with many professional artists including Faith Prince, Capathia Jenkins, Ashley Brown, Lisa Howard, Lauren Kennedy, Rachel York, Alice Ripley, Ann Hampton Callaway, and The von Trapp Family Children. The Festival Chorus is an auditioned, volunteer organization composed of singers ranging from high school students to retired professionals. Auditions are held in mid-June. 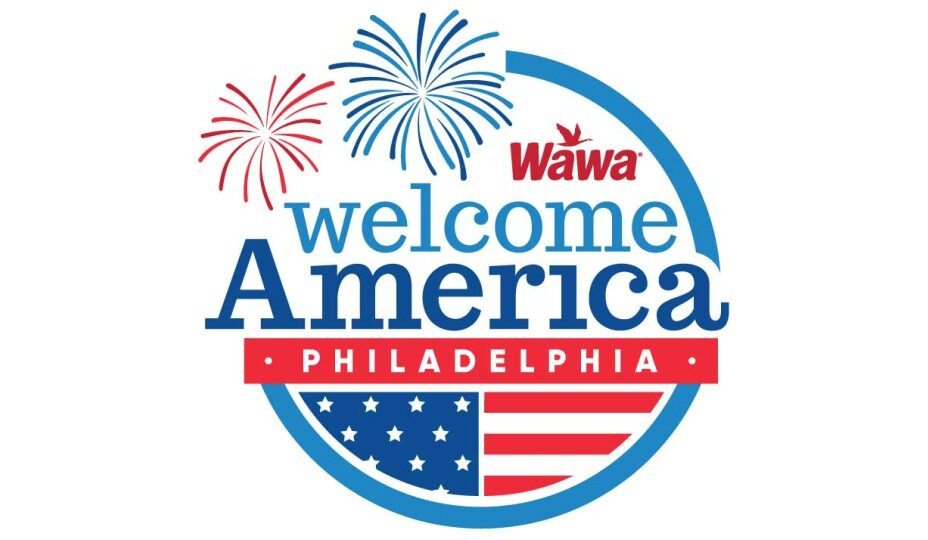